I think it was George Bernard Shaw who famously said that

England and America are two countries separated by the same language.

Well we certainly find it to be true in my household. Even after three years of marriage, perplexed looks are still fairly commonplace and explanations are frequently required. It goes both ways incidentally, but I’ll save my view on the Americanisms that really flummox me for another post 🙂

For some reason (that I cannot possibly comprehend) my husband apparently finds it hard to take me seriously whenever the following British-isms come up in conversation. Anyway, you’ll have to let me know what you think…

The first time I used this term, my other half looked at me as though I was talking complete gibberish. For those not already familiar, it means disorderly or random (e.g. books piled up in a higgledy-piggledy manner). I believe that its origins are a reference to the difficulty in herding pigs!

Apparently ‘faffing’ is a uniquely British habit, as there doesn’t seem to be an equivalent word for it here in America. It means to spend time on aimless tasks and activities, without really achieving anything. I’m frequently accused of faffing about, particularly when it’s time to leave the house, which probably explains why punctuality isn’t always my strong suit…

This basically means a commotion, fuss or minor disagreement. For example: “Steve declined the offer of a cup of tea, and it caused quite the kerfuffle among his in-laws”. The importance of tea, and the etiquette surrounding it, of course requires its own dedicated post 🙂

Much of a muchness

I know that this one sounds nonsensical, but sometimes it’s just so fitting. It means that something is very similar or difficult to distinguish. The exact derivation is unknown, but many attribute it to Shakespeare, so if that’s true, at least I’m in good company…

Used to describe a situation where there are as many advantages as there are problems, so there is no eventual gain or loss. In other words, it’s all much of a muchness, haha.

Meaning various things/items. For example, you might say “I’m just popping to the shops to pick up a few bits ‘n bobs”.

This one’s old Cockney rhyming slang used to mean lies (rhymes with pork pies). I habitually ask my toddler not to tell me porkies, which is probably quite confusing to any locals that might overhear us!

Throw a spanner in the works

Apparently it should be a wrench. But either way, it means a screw up and it seems to get said a lot in our house!

Have you come across any unusual words or phrases on your travels or during conversation with foreigners like me?! Any British phrases that confused you?  I’d love to hear your stories!

To Pledge or Not to Pledge: the Question of US Citizenship 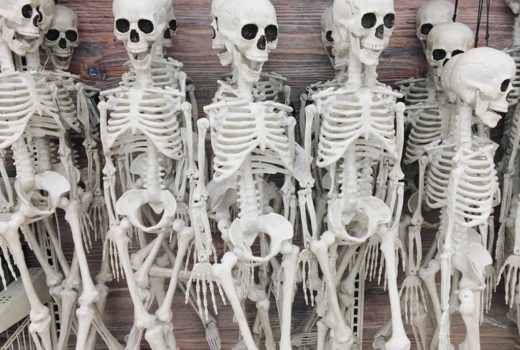 An Expat’s Guide to Halloween in the US