It was never my plan to move away from England permanently. When my company offered me a two year work placement in Miami, Florida (yes please!), I envisaged a fun and exciting time in the US, before taking myself back to London and getting on with my life.

As it turns out, life had something else in store for me.

Nine years later, Atlanta, Georgia is the place I call home and where I’ve laid down roots. I went through a lot to get here, but will save the details of that journey for another post.

Being an expat is full of ups and downs. It’s an experience like no other. And your perspective on what “home” really means can shift constantly.

Anyone that’s been through this can probably identify with many, if not all, of these. And for anyone contemplating a move to another country, here’s a taste of what’s to come!

I arrived in Miami with a single suitcase and not a care in the world. Granted, it can be more complicated – many people move overseas with their children, or ship their belongings – but even so, for those first few magical weeks or months, you might forget that you’re not holidaying.

During that interim period, before you find a permanent place to live, before there are bills to be paid and before there’s much semblance of a daily routine, life can be pretty carefree. It certainly was for me.

I used to pop down to the beach after work, because I didn’t really have anywhere else to be. Since I didn’t know many people to begin with, weekends were often free of plans. I spent my time sightseeing and soaking it all in. I felt like a tourist for a while, and it was great.

Trying to establish an identity in a new country is no joke. Something as simple as opening a bank account can be exceedingly complex and require many steps. I recall spending an inordinate amount time in the early days organizing the necessary documents (social security card, driver’s licence, green card etc.), all of which required a great deal of time queuing up in various offices. Most online services are reserved for US citizens (a fact that still plagues me to this day!) and so you can end up wasting days on these most tedious of admin tasks.

For me though, when I moved to the US, one of the most difficult things was my lack of a credit history. Anyone that’s lived here will know how crucial it can be. Even though I had a good job with a steady income, my credit was akin to a high schooler. Ever tried to lease a car without a credit history? Nearly impossible.

I can only imagine how tough it would be with the added challenge of a language barrier. Or the culture shock of moving to another part of the world that has vastly different societal norms. I was also fortunate enough to have a job already lined up, so never experienced the stress of job hunting in a foreign country!

It’s not just the big things that can prove to be arduous. I remember setting out to buy a new hairdryer one day shortly after I’d arrived in the US. Easy, right? As it turned out, it wasn’t… I tried a few stores before realizing that I had no idea where to find one. I ended up stopping for lunch and asking a restaurant server and she replied “Target”. Er, what’s that?! I didn’t even know about Target!

Since then, my cluelessness has been an ongoing theme. Who should I tip and how much? Why can’t I pack my own groceries? What is valet parking? How on earth does health insurance work? Is that a wolf or a coyote in our back yard?!

I’m lucky to have an American husband who can guide me on a lot of these issues these days, but the initial acclimation was hard!

This is one of the fun things about being a foreigner. And the longer you spend in a place interacting with the locals, the more it happens. Even in a city as diverse as Atlanta, strangers frequently pick up on my accent and ask where I’m from. They’ll love to tell me about their own experiences of traveling to Britain, or about their family members that might live there.

Many Americans seem to love the British accent. And I’m not going to pretend – even for an introvert like me, it’s nice to be noticed!

In some ways, living abroad has also made me more appreciative of what a wonderful country England is, and I find myself telling people about it with a great deal of pride.

#5 And you’ll instantly connect with other expats

It’s always great to meet other expats and trade stories about the experience of moving country. Regardless of where you all come from, there’s immediately a common bond.

It’s easy to feel lonely as an expat. But, when you meet other people that have gone through similar experiences, you realize that you’re actually part of a unique, yet widespread, community of globetrotters, and there’s a great deal of comfort in that.

I’ve never gone out of my way to find other expats – the vast majority of my friends here are American – but when I do, I’m always happy to swap stories and compare notes on what it’s like to go through the process of relocating overseas.

This goes without saying, and it’s the kind of stuff that you typically take for granted before you move away. There are many things that I miss about Britain.

I’m lucky that a few of my favorite British foods (Cadbury chocolate, Marmite, Branston pickle) can be found in the “ethnic” aisle at our local supermarket. And my husband can whip up a mean fish and chips, so that helps when I’m feeling homesick too 😉

I certainly miss the walkability of London. And the quaint little streets. Oh, and the pubs! I also miss the TV programs (even the rubbish stuff!).

But of course, there’s nothing you miss more than your family and friends (I wrote a whole post on that topic, which you can read here). In my experience, that’s most certainly been the most difficult part about moving abroad.

#7 You might start forgetting things about your own country

For me it’s primarily the language, which seems ridiculous since English is obviously spoken on both sides of the pond. But the number of differences is actually quite astounding!

Now I’ll switch back and forth between British English and American English and hardly know that I’m doing it. It’s especially the case with vocabulary relating to children, since I only became a parent after moving to the US. Is it a crib or cot? Stroller or buggy? Pacifier or dummy? Diaper or nappy?! The list goes on and on… Ugh!

There are a whole host of other things too of course. Driving on the left side of the road, in a manual car, is now somewhat perilous for me! Likewise, I often momentarily forget the protocol for paying a restaurant bill when I’m back in England these days.

My husband loves to reference classic Saturday Night Live sketches, and I hardly ever know what he’s talking about (much to his annoyance!). When you haven’t grown up in a place, you’ll find that this kind of thing happens frequently.

There have been times, when I’m with friends that the conversation switches to college days. I find myself nodding politely but feeling lost because most of what I know about American universities comes from cheesy old movies. And from what I gather, the school and university experiences are totally different.

Other times, I worry about inadvertently offending someone because of my Britishness (otherwise known as awkwardness). Sorry American friends – I really genuinely do like you and am trying to fit in, so please excuse my routine embarrassment and discomfort  in almost any situation!

It’s a great feeling when you finally start to know the lay of the land. For example, when you’re stopped for directions and actually know how to get to the place!  Or when you can give decent recommendations for restaurants or doctors. And when you make proper lasting friendships and get invited to family dinners.

At this point, I consider myself to be well versed in Southern etiquette, and have learned to embrace the American holiday celebrations. I can tell the difference between a North Carolina and Texas barbecue sauce. I understand the grid system. I’ve grown to love bluegrass music (although not country). I’ve traveled to 19 states so far, and have plans to see a lot more!

Not too bad for a girl from the suburbs of London 🙂

As an expat, you’re really caught between two worlds.

There’s the country in which you grew up and spent your formative years. That’s the place that shaped you. For me, it’s where I went to school, began my career and bought my first home. I can’t imagine ever losing my British perspective and mannerisms (or “quirks” as my husband would call them!).

And whenever I go back to visit, I notice that many things have changed, but also feel a deep sense of familiarity and comfort. My family and many dear friends still live there. So I’ll never lose that connection

And then there’s the country in which you’ve settled.

I have a career, got married and am raising children here in the US… and as time goes on, I’m learning to love my new home more and more. This truly is an amazing country in so many ways, and I feel very fortunate to have landed here.

Would I recommend a move abroad?

Yes, absolutely. While there are sacrifices to be made, it’s a life experience like no other. In my case, I followed my heart and will never regret that. I feel proud of the life I’ve built here, and the challenges that I’ve overcome, and I’m ultimately a better person for it. I love that we have an international mindset that can be passed on to our children. And I love that I get to learn about another culture and explore new places.

Have you ever lived abroad? Or have plans to do so? What was your experience, and would you recommend it? I’d love to hear about what it’s been like for you!

How to Feel Better About Living Far Away from Family

10 Things I Really Miss About Britain (And A Couple I Definitely Don’t!) 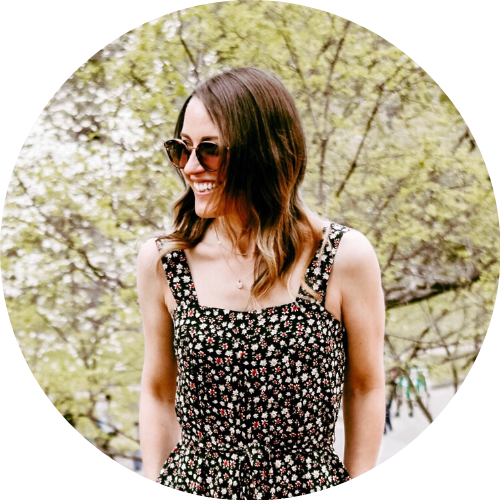